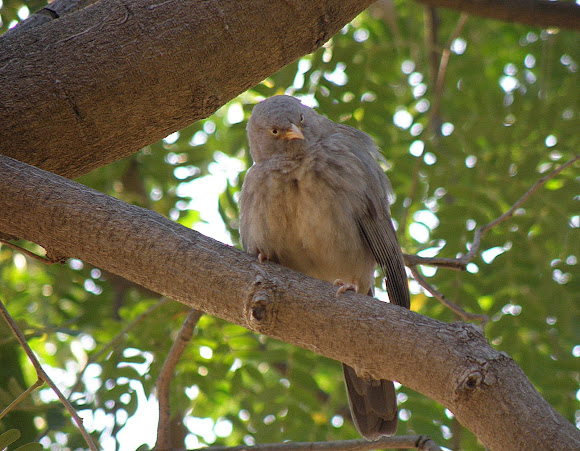 The Jungle Babbler is a common resident breeding bird in most parts of the Indian Subcontinent This species, like most babblers, is non-migratory, and has short rounded wings and a weak flight. The species was described in 1823 under the name of Cossyphus striatus and was based on a specimen from Bengal.

The Jungle Babbler's habitat is forest and cultivation. This species, like most babblers, is non-migratory,

The Jungle Babbler (Turdoides striata) is an Old World babbler found in the Indian Subcontinent. They are gregarious birds that forage in small groups of six to ten birds, a habit that has given them the popular name of Seven Sisters or Saath bhai in Hindi with cognates in other regional languages which means "seven brothers".[1

Thank you Gopal Murli for your prompt response.