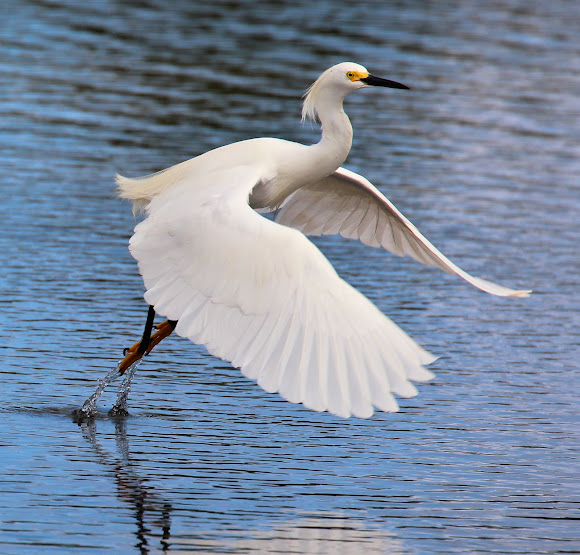 Adults are typically 61 cm (24 in) long and weigh 375 g (0.827 lb) They have a slim black bill and long black legs with yellow feet. The area of the upper bill, in front of the eyes, is yellow but turns red during the breeding season, when the adults also gain recurved plumes on the back, making for a "shaggy" effect. The juvenile looks similar to the adult, but the base of the bill is paler, and a green or yellow line runs down the back of the legs.

Spotted at a fresh water and salt water lagoon. Their breeding habitat is large inland and coastal wetlands from the lower Great Lakes and southwestern United States to South America. The breeding range in eastern North America extends along the Atlantic and Gulf Coasts from Maine to Texas, and inland along major rivers and lakes. They nest in colonies, often with other waders, usually on platforms of sticks in trees or shrubs. Their flat, shallow nests are made of sticks and lined with fine twigs and rushes. Three to four greenish-blue, oval eggs are incubated by both adults. The young leave the nest in 20 to 25 days and hop about on branches near the nest before finally departing. In warmer locations, some snowy egrets are permanent residents; northern populations migrate to Central America and the West Indies.