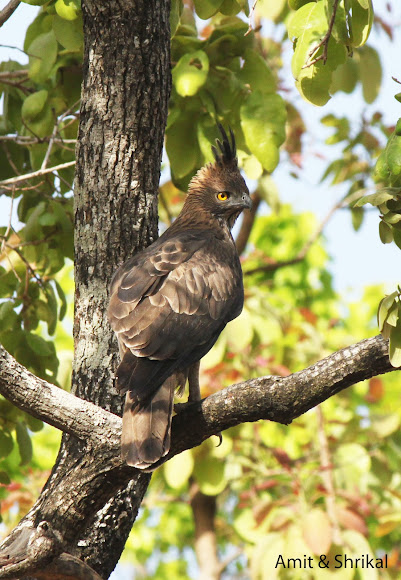 The Changeable Hawk-Eagle is a medium-large raptor at about 60–72 centimetres (24–28 in) in length. It is a relatively slender forest eagle with some subspecies (especially limnaetus) being dimorphic giving the name of "Changeable". This, and also a complicated phylogeny further complicates precise identification. Normally brown above; white below with barring on the undersides of the flight feathers and tail; black longitudinal streaks on throat and chocolate streaks on breast. Some subspecies have a crest of four feathers, but this is all but absent in others. The sexes are quite similar in their plumage, but males are about 15% smaller than females. The underparts and head of juveniles are whitish or buff with few dark streaks.

Fabulous spotting!! So exotic! (to me!) Great series!