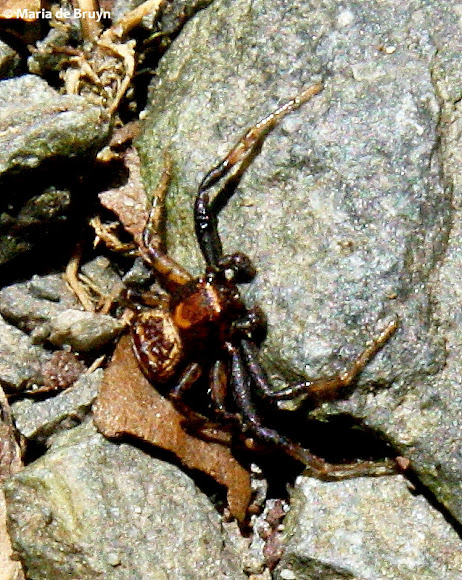 These ground crab spiders were described by C. L. Koch in 1835 and belong to the order Araneae, family Thomisidae. While similar to the 'flower spiders', they tend to have shorter, sturdier legs and more patterned abdomens. The spiders of the genus Xysticus do not build nets, as they are ambush hunters and prefer to hunt near the ground (hence the common name). They move slowly, and tend to hunt by stationing themselves in a high-traffic area and grabbing whatever arthropod passes close enough. The prey is seized with the enlarged first two pairs of legs and killed by a bite.

The genus Xysticus is distributed almost worldwide, but it is absent in South America. Seen at Mason Farm Biological Preserve

Hmm.. I wonder why not South America.