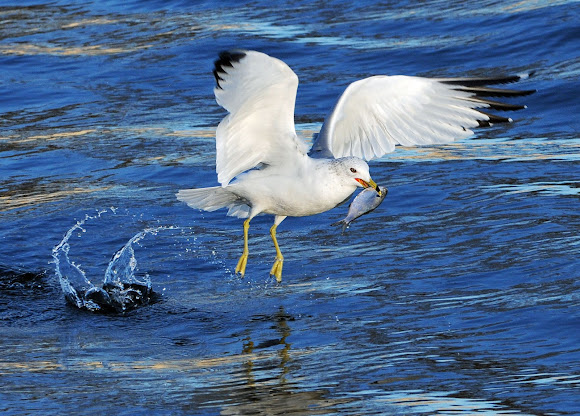 A black band encircling the yellow bill helps distinguish adults from other gulls—but look closely, as some other species have black or red spots on the bill.

Familiar acrobats of the air, Ring-billed Gulls nimbly pluck tossed tidbits from on high. They are very comfortable around humans, they frequent parking lots, garbage dumps, beaches, and fields, sometimes by the hundreds. These are the gulls you're most likely to see far away from coastal areas—in fact, most Ring-billed Gulls nest in the interior of the continent, near freshwater.

Thanks CarolSnowMilne, and
Sachin Zaveri for your comments.