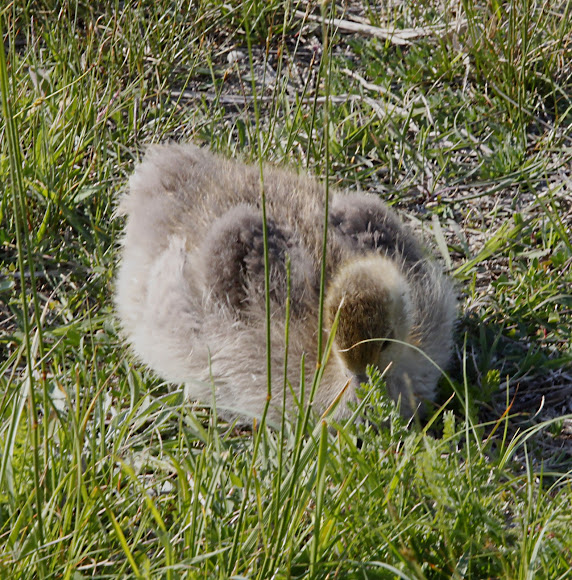 The Greylag is the largest and bulkiest of the grey Anser geese. It has a rotund, bulky body, a thick and long neck, and a large head and bill. It has pink legs and feet, and an orange or pink bill. Males are generally larger than females, with the sexual dimorphism more pronounced in the eastern subspecies rubirostris, which is larger than the nominate subspecies on average.

This species is found throughout the Old World, apparently breeding where suitable localities are to be found in many European countries, although it no longer breeds in southwestern Europe. Eastwards it extends across Asia to China. In North America there are both feral domestic geese, which are similar to greylags, and occasional vagrants. These pictures were taken at the Nature reserve area around "Neusiedlersee" in Austria. They grow up their children in this area. You have to drive carefully here. It always may happen, that a family of Greylag Goose cross the road.

This typ of goose is one of the biggest population of goose in Europe at this place. At the moment they grow up their little one's. I submitted some older pics at http://www.projectnoah.org/spottings/684...