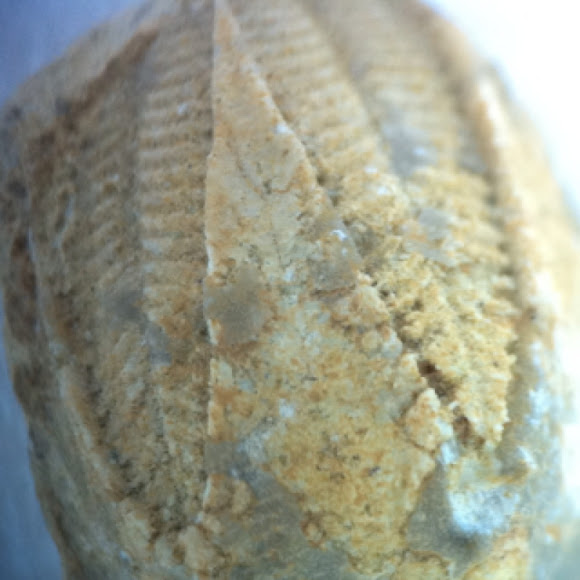 Blastoid refers to any member of an extinct class (Blastoidea) of echinoderms, animals related to the modern starfish and sea lilies, that existed from the Middle Ordovician to the Late Permian periods (from 472 million to 251 million years ago). Blastoids were sedentary animals anchored to the seafloor by a stemlike column of circular plates. Unlike other echinoderms, blastoids were characterized by a regularity of structure; the blastoid body region consisted of 13 plates of calcium carbonate, an external framework, or skeleton, arranged in 3 circles about the body. <excerpt from Encyclopaedia Britannica Mobile http://m.eb.com/topic/69078>

Found near a quarry in the Cave-In-Rock, Illinois area.