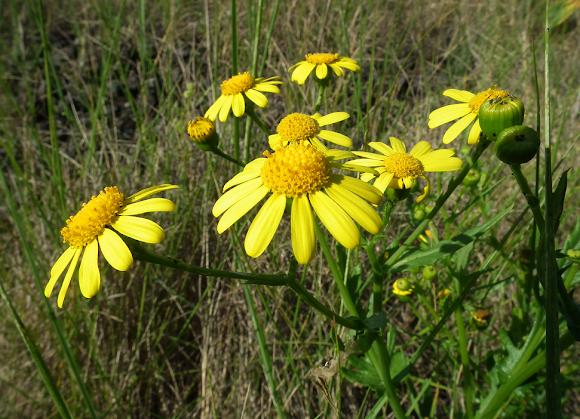 Looks similar to a daisy, but completely yellow and grows on tall stalks. The stalks divide and grow many flowers. The common ragwort is very common and grows pretty much anywhere, and as such it is officially listed as a weed plant in the UK by Defra. It's actually an important food plant for several species of moth, most notably the cinnabar moth.

Grows everywhere, and at certain times of the year I see them covered with caterpillars.

These two pictures are very beautiful !!