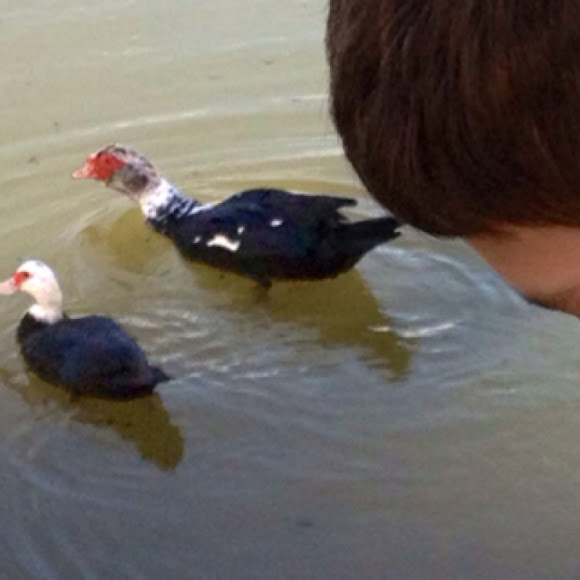 "The Muscovy Duck's diet consists of plant material obtained by grazing or dabbling in shallow water, and small fish, amphibians, reptiles, crustaceans, insects, and millipedes. This is a somewhat aggressive duck; males often fight over food, territory or mates. The females fight with each other less often. Some adults will peck at the ducklings if they are eating at the same food source. "(wikipedia)