Pointed or hooked lip of the black rhinoceros 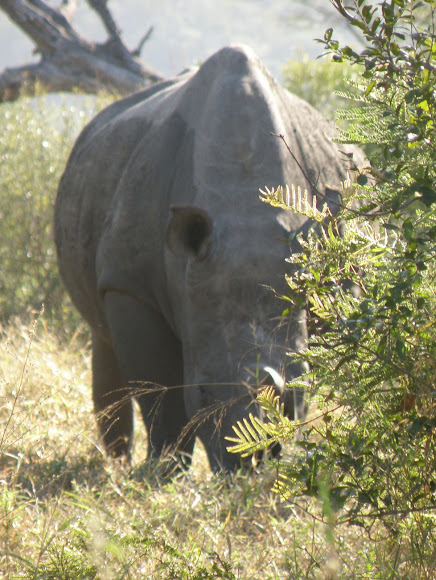 he black rhinoceros or hook-lipped rhinoceros (Diceros bicornis), is a species of rhinoceros, native to the eastern and central areas of Africa including Kenya, Tanzania, Cameroon, South Africa, Namibia, Zimbabwe, and Angola.

This looks more like a narrow mouth rhino from whatever is seen. Their thick-layered skin protects the rhino from thorns and sharp grasses. Their skin harbors external parasites, such as mites and ticks, which are eaten by oxpeckers and egrets that live with the rhino. Such behaviour was originally thought to be an example of mutualism, but recent evidence suggests that oxpeckers may be parasites instead, feeding on rhino blood.[9] Black rhinos have poor eyesight, relying more on hearing and smell. Their ears possess a relatively wide rotational range to detect sounds. An excellent sense of smell alerts rhinos to the presence of predators.