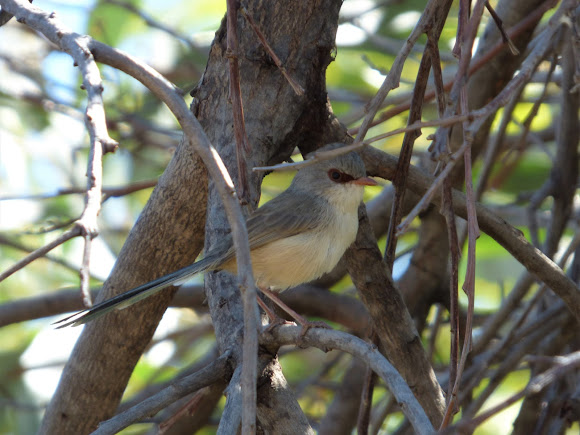 In 2018, the purple-backed fairy-wren was finally declared a new species, after being incorrectly labelled a variegated fairy-wren prior to the new discovery (they look very similar). You can read about the news https://ebird.org/australia/news/2018-eb... "Formerly considered as a separate species and also as the same taxon as the lavender-flanked fairywren. Though the males are similar to the widely occurring inland subspecies assimilis, the females are predominantly blue-grey rather than grey-brown. It also has a longer bill and shorter tail than subspecies assimilis. It is found in the Kimberleys in north-western Australia. A broad hybrid zone with females of both subspecies has been recorded from northeastern Western Australia and the northwestern Northern Territory." (Wiki)

Cruising around amongst the trees, shrubs and scrub at the Waste Water Wetlands.

There are four sub-species of which M. a. rogersi which is located in the Kimberley region and North-Western Australia. I have been waiting for years to get a decent shot of the female! There was a couple of females that I saw along with one male.