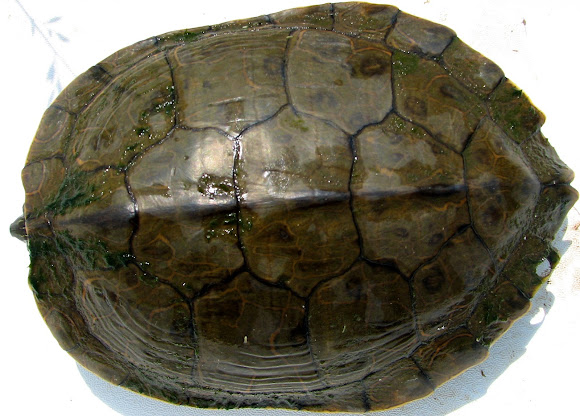 This map turtle species gets both its common and scientific names from the yellow markings on the skin and carapace. The light markings resemble the contour lines on a map or chart.

Spotted this one in a large stream that runs through Missouri State University's Darr Agricultural Farm. The northern map turtle inhabits ponds, rivers and lakes. They prefer large bodies of water and areas with fallen trees and other debris for basking. These turtles are more often found in rivers than in lakes or ponds.

The circular hole seen in the scute in the lower right portion of the 1st photo indicates that this individual had been previously marked in a research study.