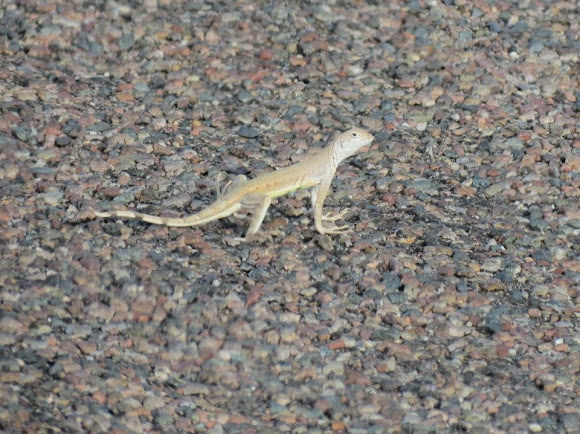 This heat tolerant diurnal lizard often remains active through mid-day when high temperatures force other lizards to seek shelter. These lizards are grey to sandy brown, usually with series of paired dark gray spots down the back, becoming black bands on the tail. The underside of tail is white with black bands. Males have a pair of black blotches on the side, extending to blue patches on the belly. Females have no blue patches, and the black bars are either faint or completely absent

Flatlands within the Sonoran Desertscrub, Mohave Desertscrub, and Chihuahuan Desertscrub communities. It is also encountered in sandy washes within foothills and bajadas, and plenty of open space in which to run.