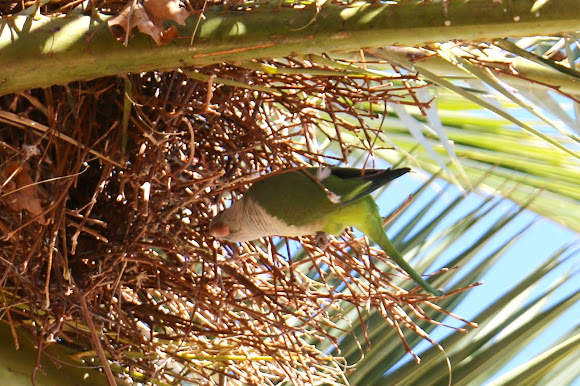 The gray parrot chest characterized as either its name because it has the upper chest and forehead gray. The stomach can be a bit more yellowish than the chest and his body is green. The wings are pointed, the tail can appear dark green or with blue tones. They are very gregarious and noisy, with a fast flight, and usually not very high.

Originally from South America forest, these specimen is found now in European cities like Barcelona were use to build their nest at the top of the palms trees

These parrots, has been originally imported from South America (Argentina) to sell them in pet stores as pets. Some of them managed to escape and has been easily adapted to the Catalan coast. A first couple sight has been in 1975 at parc de la Ciutadella, Barcelona