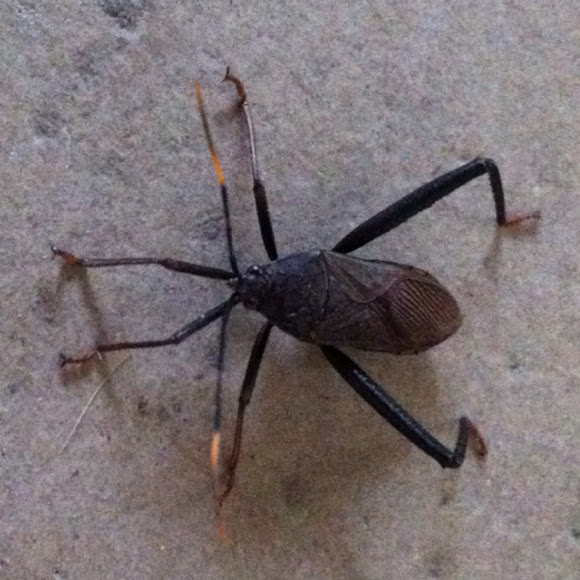 Nymphs usually undergo four to five successive stages of moltings (ecdysis), increasing in size and becoming more adult-like with each stage until the final molting. The stages are individually known as instars, with the earliest stage (just after hatching) being known as the first nymphal instar. Nymphs may also differ significantly from adults in colors and patterns exhibited. In some species, nymphs often exhibit strikingly vibrant colors in contrast to the relative drabness of adults. The colors can also vary between instars. (Source: http://en.wikipedia.org/wiki/Tessaratomi...)

Couldn't find a closer one. But it's doesn't have the cross marking on top.