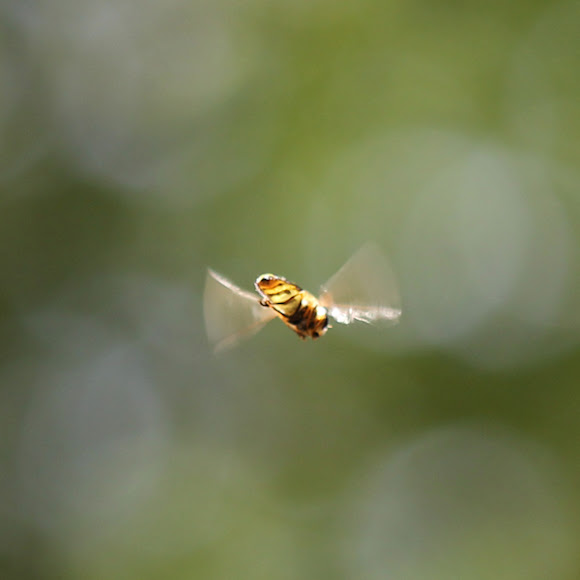 Shown is one of several hoverflies which bear clear wings, a yellow abdomen with black bars, and large eyes. The type of flight shown, possible due to thin elongated wings with a rotating joint, is typical of the genus.

Hoverflies may be found in meadows and fields with flowers and foliage. The adults drink nectar, and so stay near their food source. The young do as well - they eat pests like aphids. This hoverfly was spotted in a grove of trees near a lake at El Dorado Park.

Hoverflies are being considered as suitable biological control agents for pest insects. Their natural populations already play an important role in controlling pests. Adult hoverflies are not dangerous to humans. They do not bite or sting. One of the most common hoverflies in the U.S. is the American Hoverfly (Eupeodes americanus). http://en.wikipedia.org/wiki/Eupeodes_am...