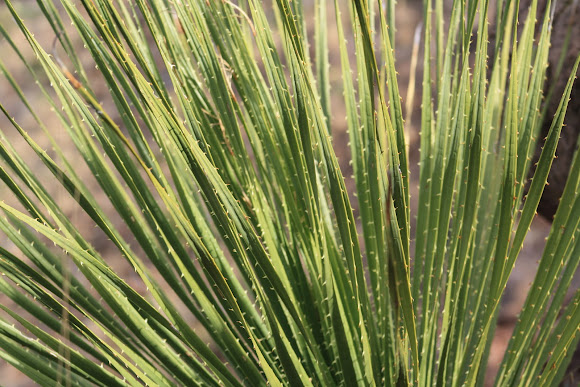 An agave like plant used for making a spirit called sotol. The heart of the plant is also roasted and eaten like artichoke. Very common in the Trans Pecos and occasional in much of West Texas and Western Hill Country.