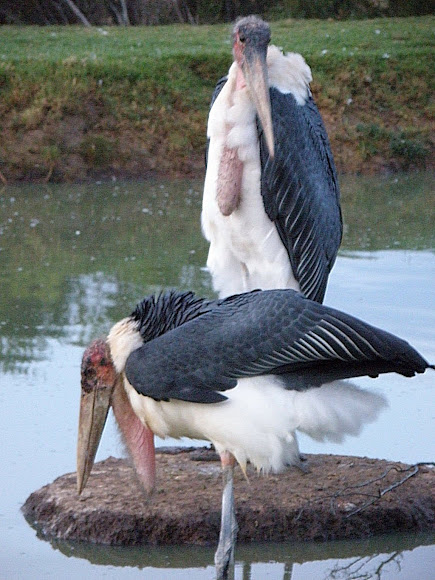 is a large wading bird in the stork family Ciconiidae. It is sometimes called the "Undertaker Bird" due to its shape from behind: cloak-like wings and back, skinny white legs, and sometimes a large white mass of "hair." It has a huge bill, a pink gular sac at its throat, a neck ruff, and black legs and wings.

It breeds in Africa south of the Sahara, occurring in both wet and arid habitats,

Nice spotting; you could add this to the mission Birds of sub-Saharan Africa