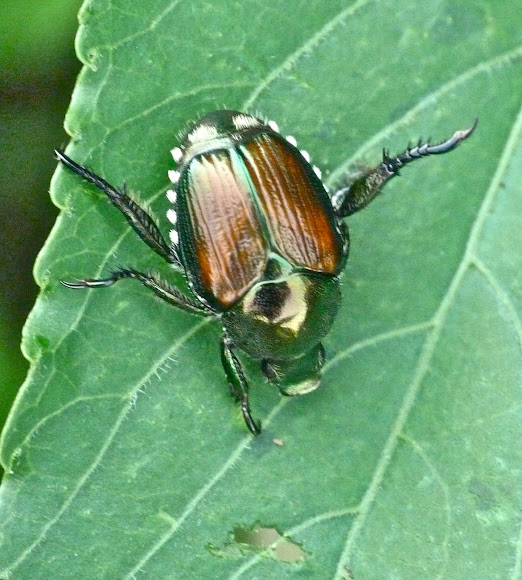 As the name suggests, the Japanese beetle is native to Japan. The insect was first found in the United States in 1916 in a nursery near Riverton, New Jersey. It is thought the beetle larvae entered the United States in a shipment of iris bulbs prior to 1912, when inspections of commodities entering the country began.

Is he waving at us Karen? Some insects hold their hind legs out to enhance how large they look. http://www.brisbaneinsects.com/brisbane_...

I find lots of the grubs when I am digging but very few of the actual beetles so I guess the robins & grackles do a good job of keeping them in check!

they eat my roses.