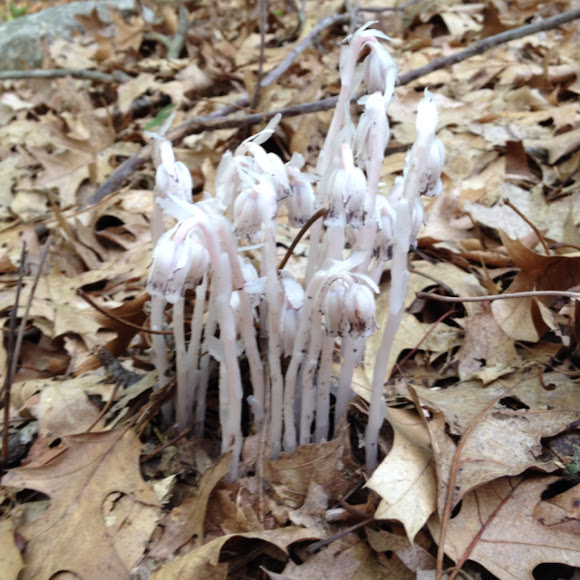 A parasitic plant, Indian Pipe does not contain chlorophyll. Instead it is a mycoheterotroph that hosts a fungus that derives energy from nearby trees.

Woodlands where Russulaceae fungi are common. Indian Pipe is capable of living in very dark forest areas due to it lacking chlorophyll.