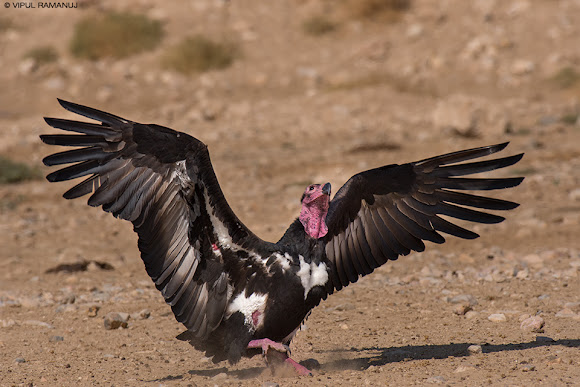 One of the most magnificent Vultures, also known as King Vulture is facing a rapid decline in population. The species was classified as Lower Risk the year 2000. In just 7 years it was classified as Critically Endangered! The population declined by 91% between 1990 and 2003. We hope that the species does not meet a sad end.

Thank you for sharing this Vipul. It is encouraging to learn that there is a ban on Vulture-killing vet drugs in India

Hope it's not too late for this amazing bird.