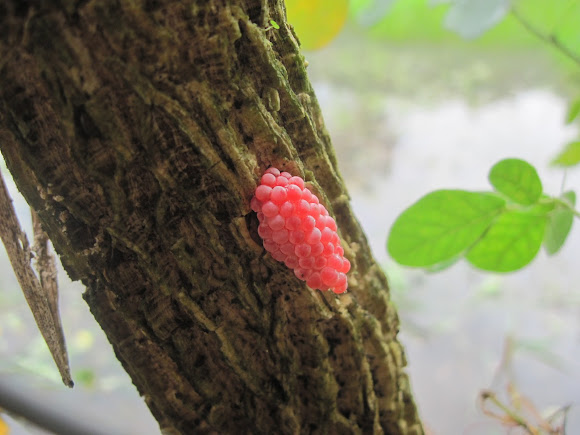 Pomacea canaliculata, common name the channeled applesnail, is a species of large freshwater snail with gills and an operculum, an aquatic gastropod mollusk in the family Ampullariidae, the apple snails. South American in origin, this species is considered to be in the top 100 of the "World's Worst Invasive Alien Species"

This species lives in freshwater habitat.

I believe these snails are a favorite of Limpkins.