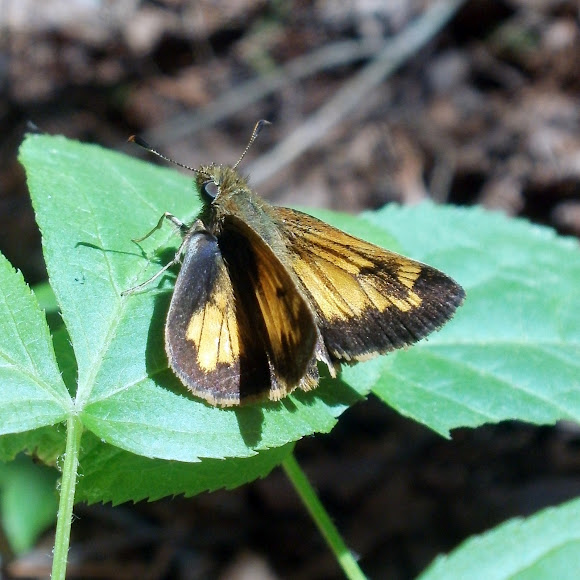 Yellow-orange skipper has wide black irregular borders on both wings, wider in females giving them a generally darker appearance. The males have no stigma, but there is a narrow vertical black line at the end of the cell; this is present in females, but is hidden by a large dark patch that connects with the wide borders. The hindwing underside is dark brown with a large, straw-coloured central patch. There is an uncommon dark female form, "pocahontas," which is found in most populations in varying proportions, but this is not a subspecies. In "pocahontas" both wing surfaces are purplish brown with a varying number of white and cream spots on both sides of the forewing; the largest spots have a blurred appearance. The hindwing underside in this form has a central patch that is a pale greyish-purple colour. Wingspan: 24 to 32 mm.

Mixed woods on an edge of a fen.