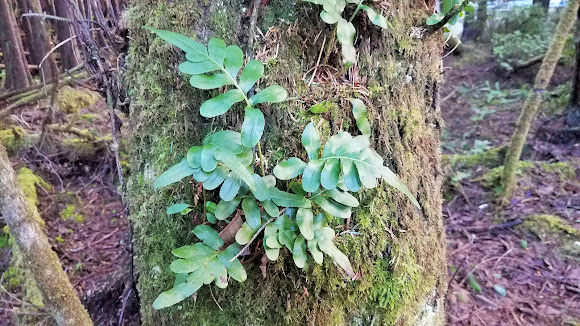 This is an interesting fern that has a waxy and leathery texture. Characterized by the round-tipped leaves, except for the end leaf which is in contrast is conspicuously long and a little more pointy.

Spotted growing on a moss covered deciduous tree at Kalaloch Beach. Olympic National Park. It is a plant of the coastline, growing in cracks on coastal bluffs, in oceanside forests, beach dunes, and similar habitat. It is often affected by heavy fogs and sea spray.

It is native to coastal western North America from British Columbia to Guadalupe Island off Baja California.