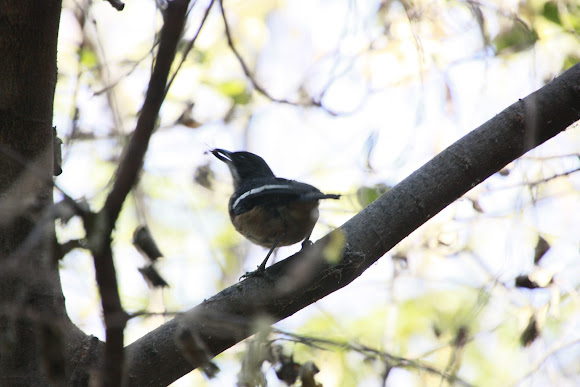 The male Southern Boubou is a fairly distinctive 20–22 cm long bird with black upperparts extending from the top of the head down to the tail, a striking white wing stripe, and a relatively long black tail with white outer feathers. The underparts are white shading to rufous on the lower belly, undertail and flanks. The bill, eyes and legs are black.

This species is found in southeastern Africa, mainly in southeastern Zimbabwe, eastern Botswana, Mozambique and southern and eastern South Africa. It frequents dense thickets in forests, mangroves, scrub and gardens. In drier regions, it is found in riverside woodland.

Welcome and Thank you for following me ...