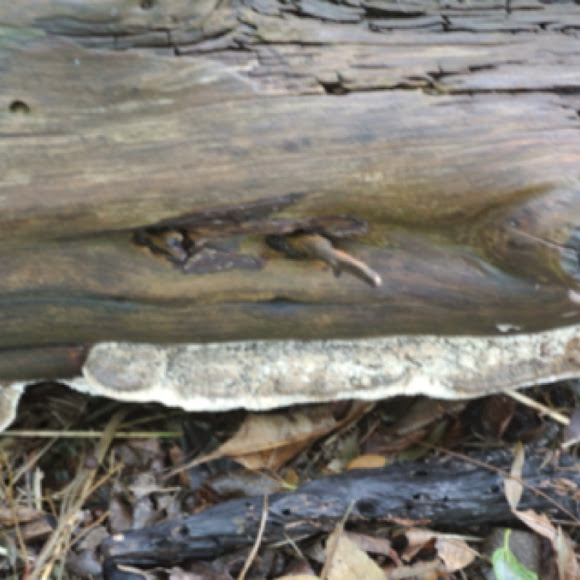 Bracket fungi, or shelf fungi, among many groups of the fungi in the phylum Basidiomycota. Characteristically, they produce shelf- or bracket-shaped fruiting bodies called conks that lie in a close planar grouping of separate or interconnected horizontal rows. Brackets can range from only a single row of a few caps, to dozens of rows of caps that can weigh several hundred pounds. They are mainly found on trees (living and dead) and coarse woody debris, and may resemble mushrooms. Some form annual fruiting bodies while others are perennial and grow larger year after year. Bracket fungi are typically tough and sturdy and produce their spores, called basidiospores, within the pores that typically make up the undersurface.

Typically on trees both living and dead.