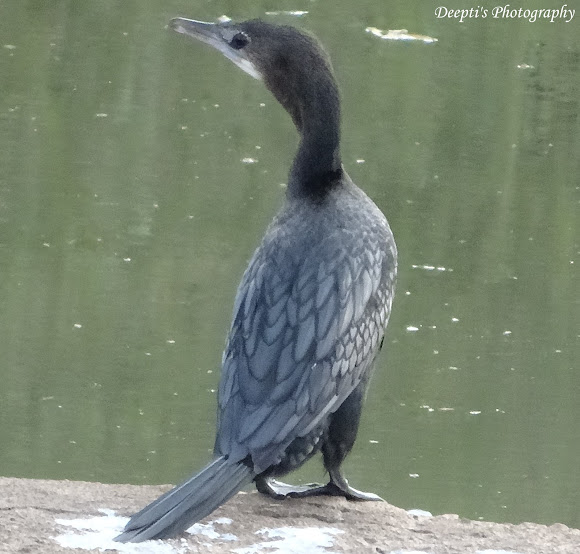 They swim underwater to capture their prey, mainly fish. They propel themselves underwater using their webbed feet.

In the middle of the river. Countryside.

Humans have used cormorants' fishing skills, in China, Japan, Greece and the Republic of Macedonia, where they have been trained by fishermen. The Little Cormorant is about 50 cm long and only slightly smaller than the Indian cormorant. The breeding adult bird has a glistening all black plumage with some white spots and filoplumes on the face. There is also a short crest on the back of the head. The eyes, gular skin and face are dark. In the non-breeding bird or juvenile, the plumage is brownish and the bill and gular skin can appear more fleshy. The crest becomes inconspicuous and a small and well-marked white patch on the throat is sometimes visible. The sexes are indistinguishable in the field, but males tend to be larger. Some abnormal silvery-grey plumages have been described.