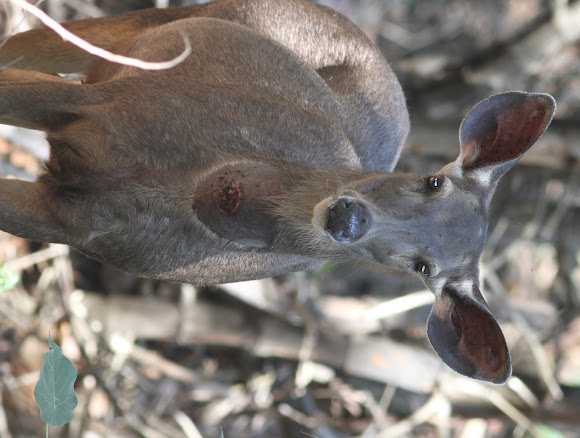 The appearance and the size of sambar vary widely across their range, which has led to considerable taxonomic confusion in the past; over forty different scientific synonyms have been used for the species. In general, they attain a height of 102 to 160 centimetres (40 to 63 in) at the shoulder and may weigh as much as 546 kg (1,204 lb), though more typically 100 to 350 kg (220 to 770 lb). Head and body length varies from 1.62 to 2.7 m (5.31 to 8.9 ft), with a 22 to 35 cm (8.7 to 14 in) tail. Individuals belonging to western subspecies tend to be larger than those from the east and females are smaller than males. Among all living cervid species, only the moose and the elk can attain larger sizes.

The sambar inhabits much of southern Asia (as far north as the south-facing slopes of the Himalayan Mountains), mainland Southeast Asia (Burma, Thailand, Indochina, the Malay Peninsula), southern China (including Hainan Island), Taiwan, and the islands of Sumatra and Borneo in Indonesia

One can find them at 1. thenmala 2. berijam at kodaikanal 3. tahtekad 4. bondla ,goa rarley strays near human habbitation