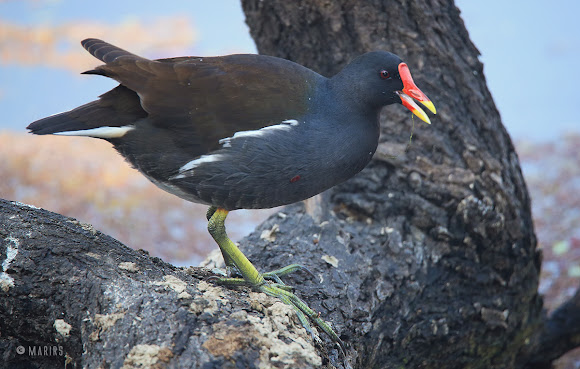 The common moorhen (also known as the swamp chicken) is a bird species in the Rallidae family. It is distributed across many parts of the Old World. The common moorhen lives around well-vegetated marshes, ponds, canals and other wetlands. The species is not found in the polar regions or many tropical rainforests. Elsewhere it is likely the most common rail species, except for the Eurasian coot in some regions. The closely related common gallinule of the New World has been recognized as a separate species by most authorities, starting with the American Ornithologists' Union and the International Ornithological Committee in 2011.