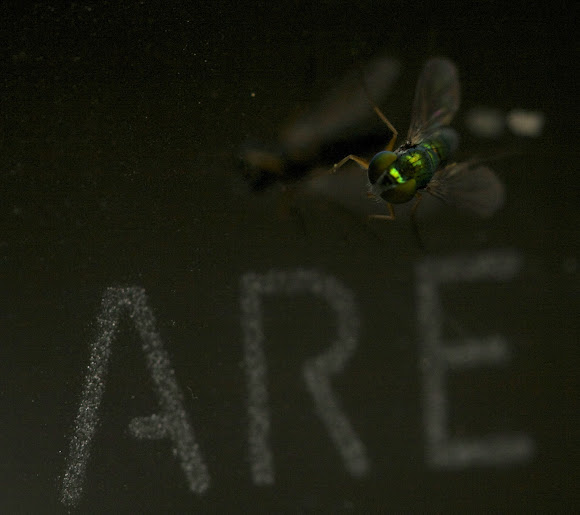 The long-legged flies, make up a large family of true flies with more than 7,000 described species in about 230 genera distributed worldwide. They are generally small flies with large, prominent eyes and a metallic cast to their appearance, though considerable variation is observed. Most have long legs, though some do not. The males often have enlarged genitalia which can be useful for species recognition. The adults are predatory on other small animals.

Spotted on my the passenger side rearview mirror.

Thank you for the ID S Frazier.

LOL Great Capture!!! "Objects in mirror are closer than they appear!" Certainly stands true for this occasion! :-)

This is a "long-legged fly"