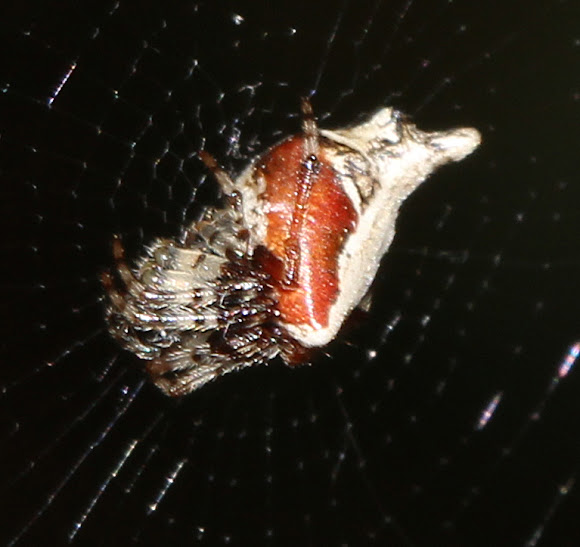 Araneidae; Cyclosa Menge, 1866. Cyclosa sp. I have been unable to find any pictures of spiders exactly like this one, but there are some specimens shown on the internet which have a similarly shaped abdomen. I have some photos of other spiders which were easier to identify as Cyclosa spp. simply because their webs were adorned with trash. The final clue which gave me some confidence in calling this one Cyclosa sp. was this comment, describing spiders of the Cyclosa Genus in South Africa: "This is a small 5-11mm spider with an elongated abdomen ending in one to four tubercles." http://biodiversityexplorer.info/arachni... Of course, I am assuming that the "bumps" at the posterior end of the abdomen on my specimen are indeed "tubercles"

I spotted this spider on its web on a cyclone fence at the roadside.