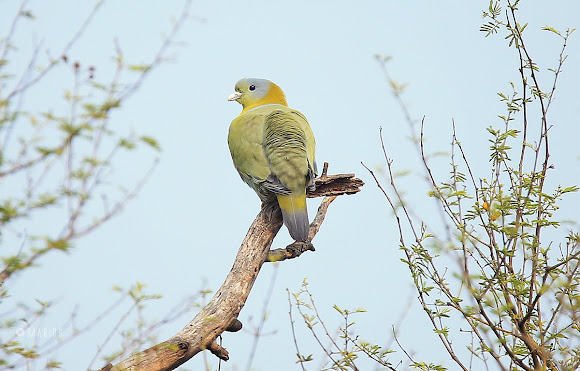 The yellow-footed green pigeon, also known as yellow-legged green pigeon, is a common species of green pigeon found in the Indian subcontinent. It is the state bird of Maharashtra. In Marathi it is called Hariyal. The species feeds on fruit, including many species of Ficus. They forage in flocks. In the early morning they are often seen sunning on the tops of emergent trees in dense forest areas.