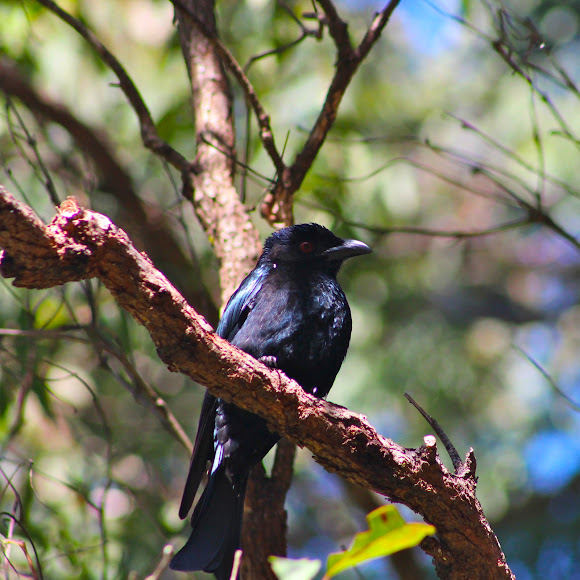 The White-winged Chough is a large, almost completely black bird. It has a curved beak, a red eye and a large white wing patch, which is seen when the bird is in flight. The bill and legs are black. Both male and female share the same plumage pattern. Young White-winged Choughs start off duskier than the adults, and the eye is brown. They do not reach sexual maturity until four years of age and, during this time, the eye changes from brown to orange and then to red, and the plumage darkens.

I think it looks more like a spangled drongo

Cool, I don't think I've ever seen one of these!