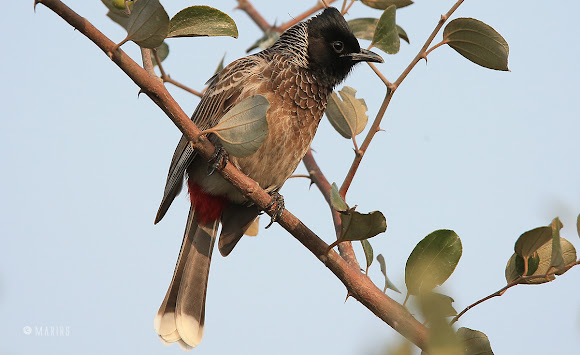 The red-vented bulbul is a member of the bulbul family of passerines. It is resident breeder across the Indian subcontinent, including Sri Lanka extending east to Burma and parts of Tibet. It has been introduced in many other parts of the world and has established itself in the wild on several Pacific islands including Fiji, Samoa, Tonga, and Hawaii. It has also established itself in parts of Dubai, the United Arab Emirates, the United States, Argentina and New Zealand. It is included in the list of the world's 100 worst invasive alien species.