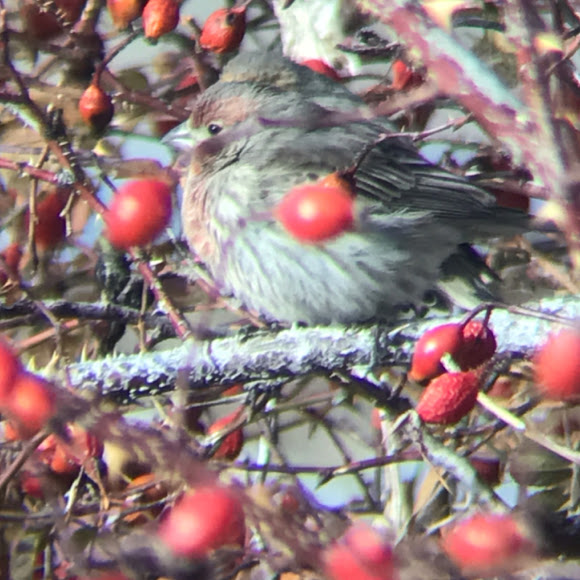 The House Finch (Carpodacus mexicanus) is native to the western United States and adjacent Canada south to southern Mexico in the highlands. It was introduced to the Hawaiian Islands around 1859 and is now common on all the main Hawaiian islands from Kauai eastward. It was introduced to Long Island (New York) in the 1940s or early 1950s and has since spread so widely that it is now present year-round throughout the United States and adjacent Canada.

Taken during the Christmas Bird Count in Cache Valley.