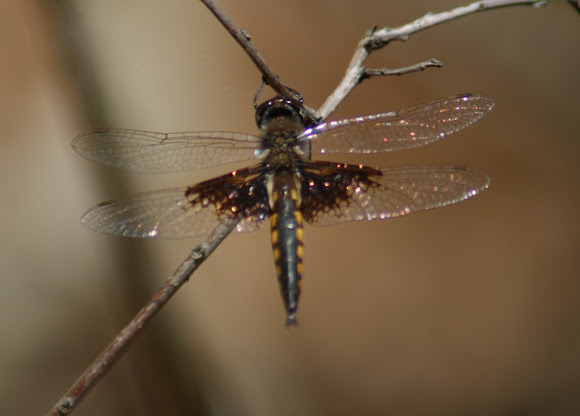 This baskettail has the most color in the wing of all SC species. Smaller than Common Baskettail, and black reaches nodus and usually reaches trailing edge of wing.

This one was observed near a beaver pond in the sandhills of Aiken County, SC.

This species flies only in the springtime, mainly in the coastal plain and sandhills. They can be common where they occur and they can be seen perching obliquely on stems as shown below. This species has been confirmed on Odonata Central.