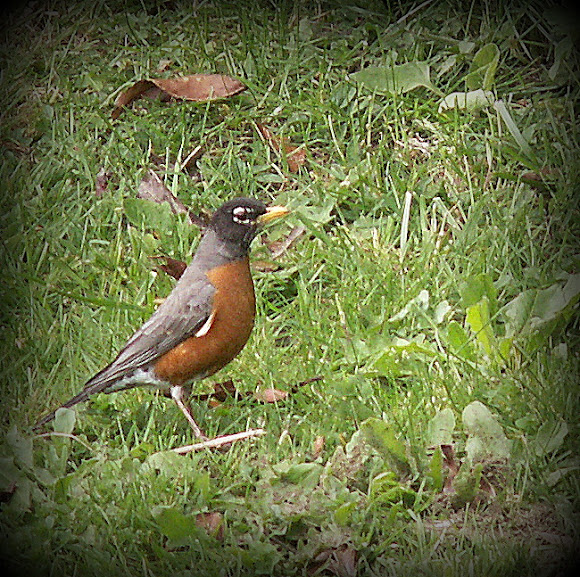 The Robin has a brown back and a reddish-orange breast, varying from a rich red maroon to peachy orange. The bill is mainly yellow with a variably dark tip, the dusky area becoming more extensive in winter, and the legs and feet are brown.

American Robins are found in cities and towns, on lawns, on farmland, and in forest sand in winter are often associated with berry-bearing trees. In the arid southwestern United States, they summer mainly in coniferous forests in the mountains, rarely in the well-watered lowland suburbs.

I really enjoy the Robins frequenting our area. Often times I see a Robin with a mouthful of earthworm. American Robin has a merry little strut as it goes after a target earthworm. Quickly pulling the earthworm from the ground, often flying off. Sometimes carrying the earthworm in their beak to perch on a tree branch close by.