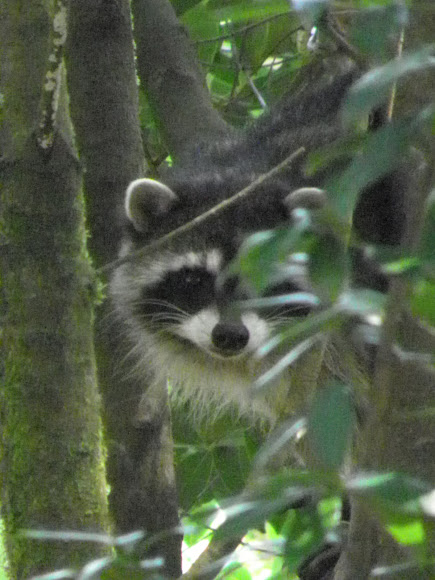 forest near home in rural neighborhood

I was sitting at my computer when movement in trees near the douglas squirrel's nest caught my eye. It was then I realized I had a rare(for the time of day) visitor and snagged up my camera. I am guessing he tried to raid the squirrel's nest. When I went out on the porch to take more photos without the glass he continued on his way dawn, but disappeared almost instantly after reaching ground. I guess he thought no-one was home! Watching it crawl slowly and carefully out of the tree, I had the impression of a larger older animal. Going back to the spot and looking up, I think it was really a fairly young animal and I'm just used to seeing the small douglas squirrels in those branches

Thank you! It made for a more interesting afternoon