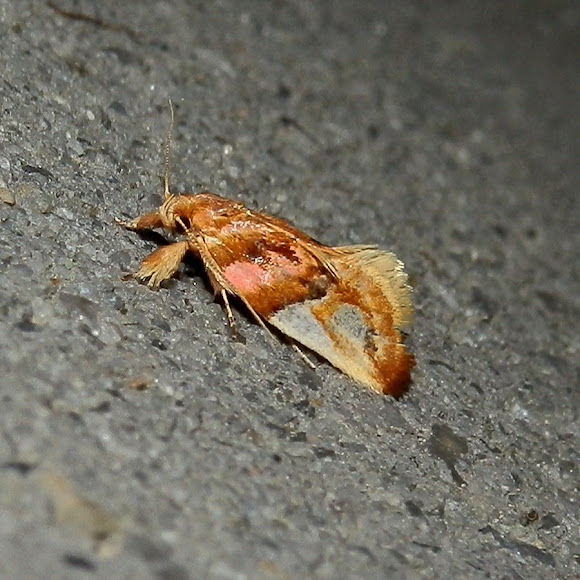 Like a bit of "frozen flame" this brilliant little moth was only about 10 mm long. It's tented-up wings had bands of dense yellowish orange setae near the basal part of the wings followed by a band of pink and then a white patch through to a fringed outer margin. These patterns were broken by dark golden bands. The front legs were held out on either side of the head and were covered by thick golden hairs. Labial palps were short and re-curved.

Spotted under bright lights near a sports field.

These moths are found in the rainforests of New Guinea and in Australia, from Cooktown in Queensland all the way down to Tasmania. Larvae, as in most oecophorids, live concealed in rolled leaf shelters. Hence called concealer moths Family: Oecophoridae Subfamily: Oecophorinae

Thanks J. It was so small yet so attractive !!...most good things come in small packages..

Love the pantaloons. Great colours too.