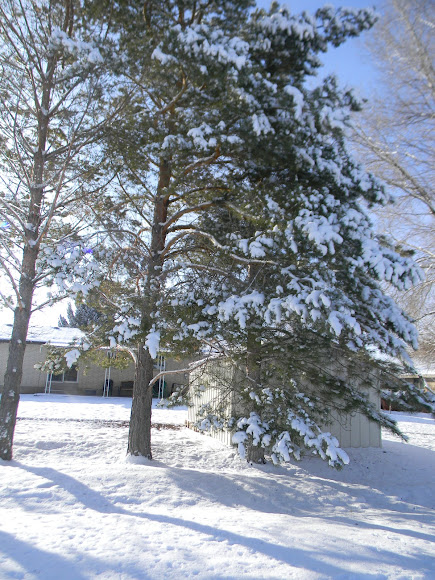 A medium to large-sized, evergreen, needle-leaved conifer; young specimens have a conical or pyramidal shape, but mature trees develop majestic, rounded, flattened, spreading or domed crowns. Leaves are needles 3–6 inches long, stiff, dark green, paired in their papery fascicles, persisting for 4–5 years. Bark is furrowed, platelike, dark brown to black. Twigs are light brown, smooth but not waxy-coated, turning gray with age. Conifers don't "flower," but they do shed pollen; this species sheds pollen in March–April. Fruits are oval cones, not curving, to 3 inches long, stalkless, yellowish-brown at maturity; the cone scales are somewhat shiny, with a tiny, usually curved spine at the tip.

European black pine is native to Europe. Its range extends from longitude 5° W. in Spain and Morocco to about 40° E. in eastern Turkey; and from latitude 35° N. in Morocco and Cyprus to 48° N. in northeastern Austria and to 45° N. latitude in the Crimea, U.S.S.R. (11). Black pine grows widely throughout southern Europe from the eastern half of Spain, southern France, and Italy to Austria; south throughout Yugoslavia, western Romania, Bulgaria, and Greece on the Balkan Peninsula; east to southern Russia in the Crimea and south to Turkey; and on the islands of Cyprus, Sicily, and Corsica, with outliers in Algeria and Morocco (40). Black pine is hardy in southern Ontario and New England, the North Central United States, and in parts of the West; and, along with Scotch pine (Pinus sylvestris), Japanese black pine (P. thunbergii), and Japanese red pine (P. densiflora), it is reported to have become naturalized in parts of New England and the Lake States (72). Its escape from cultivation locally in the northeast, and west to Missouri, is acknowledged, but it is not generally recognized as having become naturalized (36). The ecotypic variation in wide-ranging species such as P. nigra normally includes sufficient morphological variation that taxonomists have recognized many nomenclaturally distinct species, subspecies, or varieties to describe this variation. In this paper, for simplicity, the species are referred to by geographic origin, for example, European black pine or black pine from Austria, the Balkans, or Corsica, rather than by subspecies or varietal names. For synonymy see the Genetics section.