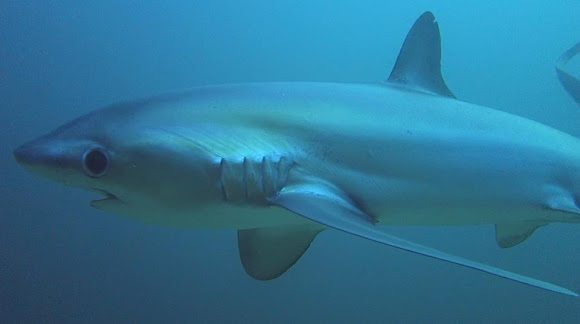 Thresher Sharks are open and deep sea dwellers up to 500 meters. However, they do are occasionally seen in shallow waters. They are most reliably seen in Malapascua Island, Cebu, Philippines during early morning hours at Monad Shoal dive site where they come to the shallows to get cleaned by Cleaner Wrasse. Thresher Sharks are rather unique with their long caudal fin which is nearly the same length as its body. They used their long caudal fin to whip and stunt their prey.

Thanks, Tiz :), and yes they are such a wonderful, cute and graceful creature with big eyes!