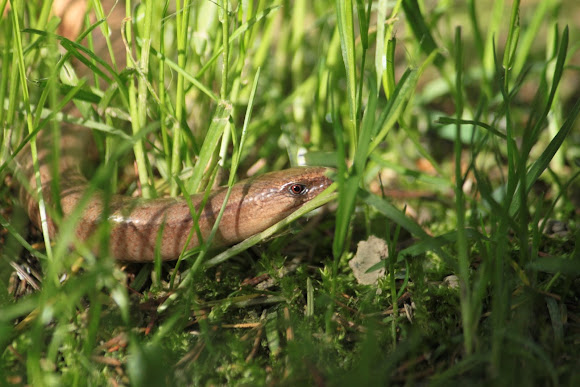 The Anguis fragilis, or slow worm, is a limbless lizard native to Eurasia. It is sometimes called a blindworm. Slow worms are semifossorial (burrowing) lizards, spending much of the time hiding underneath objects. The skin of slow worms is smooth with scales that do not overlap one another. Like many other lizards, slow worms autotomize, meaning that they have the ability to shed their tails to escape predators.

The slow worm is found in a wide range of open habitats and tends to take refuge under stones, planks of wood or sheets of corrugated iron in the sun, rather than basking. It is commonly found in gardens and compost heaps, where food is plentiful and the rotting plant material creates warm conditions.