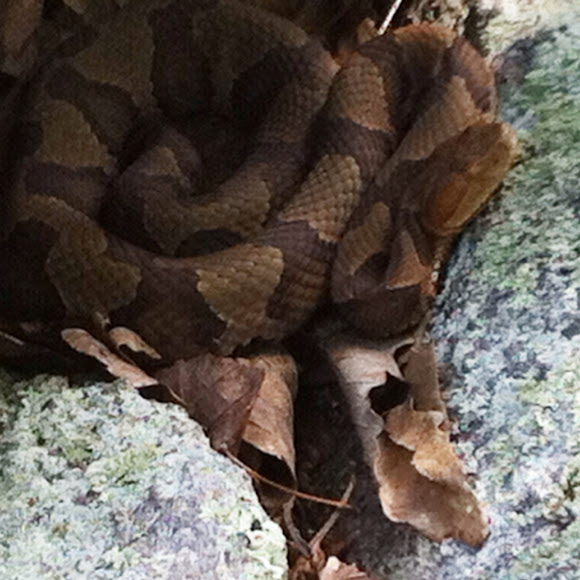 At first we thought this may have been a Timber Rattlesnake (yellow stage) but it is more likely a Copperhead.

Found at the overlook at the summit of the Sunset Rocks trail in Michaux State Forest. (south central Pennsylvania)

This specimen was spotted by my 8 yr old son, as we were taking in a breathtaking view on a rocky overlook. The markings make for perfect camouflage as it lay coiled on a bed of dried leaves. It remained coiled and motionless the entire time we observed it, without so much as a flick of its tongue. After about 5 minutes, we decided to let it sleep undisturbed, and continued our hike.

Thanks for your help!

I agree with Neil, a Copperhead.

Hey Rich! I think this is a Copperhead, Agkistrodon contortrix. Check out this link: http://en.wikipedia.org/wiki/Agkistrodon...