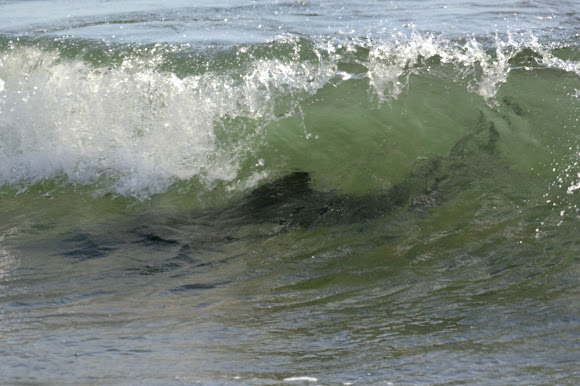 Our guide told us there was a cliff from which shark spotting was certain(near the osprey nest in http://www.projectnoah.org/spottings/110...). As he said, in the bay we were watching we soon spotted the fins of a shark which was about 2 mt long; the water was pretty shallow so the waves crashing on the beach let me take one shot at the entire animal, although it is still difficult to distinguish.

I don't know if I took the pictures of one or two sharks. If they were two they resurfaced one at the time.

You are very welcome!