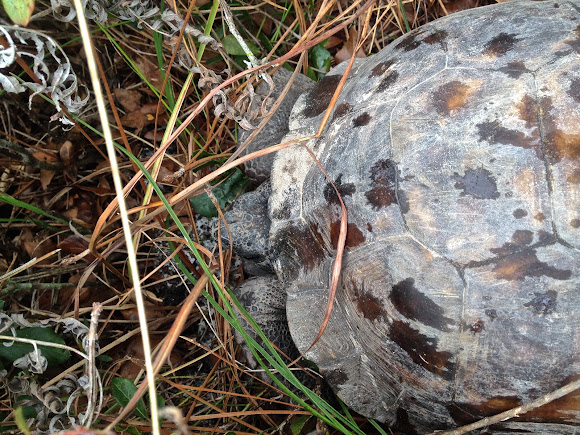 Gopher Tortoises are considered keystone species because their burrows provide shelter for 360 other animal species. It is listed as a vulnerable species on the IUCN Red List.

This gopher tortoise was moving pretty fast (for a tortoise) when it started raining. When I caught up to it, it was trying to turn around after getting itself stuck in a dead end of bushes.