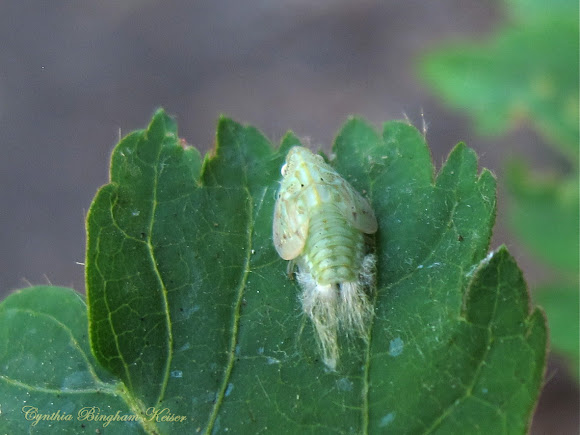 Small light green/turquoise Planthopper with yellow markings. The wings are not yet developed and it has a tail formed from uric acid. The fourth image makes it look like a fish. "Nymph: first two instars are light green, relatively flat, with waxy filaments on posterior abdominal segments, and covered with white powder or dust; later instars lose their powdery coating, develop markings of red, black, and green, and change their ground color three times; the waxy abdominal filaments are significantly reduced" - BugGuide

Unknown tree that a Torpedo bug was spotted on last year in the backyard under an Acacia tree.

I borrowed one of my teen nature enthusiasts compact camera that has a macro function. "Latin acutus 'sharp' (probably refers to the sharply-pointed wingtips). The common name refers to the leaping ability of nymphs (mature nymphs can leap as far as 60 cm)" - BugGuide