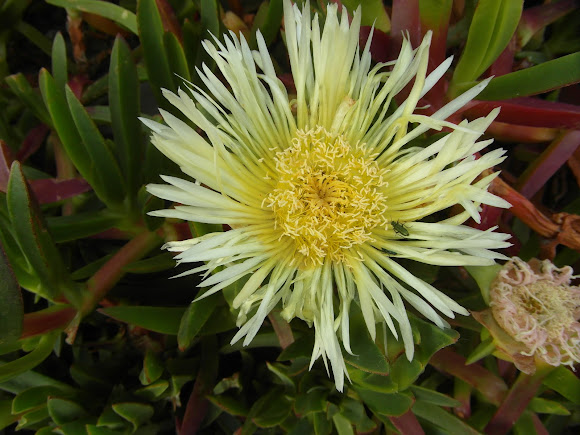 Carpobrotus edulis is native to South Africa. It is also known as ice plant, highway ice plant, pigface or Hottentot fig and in South Africa as the sour fig (suurvy; earlier: hotnotsvy), on account of its edible fruit. It was previously classified in genus Mesembryanthemum and is sometimes referred to by this name.

On the Mediterranean coast, Carpobrotus has spread out rapidly and now parts of the coastline are completely covered by this invasive species. Moreover, another invasive species, the black rat, has been shown to enhance the spreading of the ice plant through its feces. As the ice plant represents a food resource for the rat, both benefit from each other (invasive mutualism).