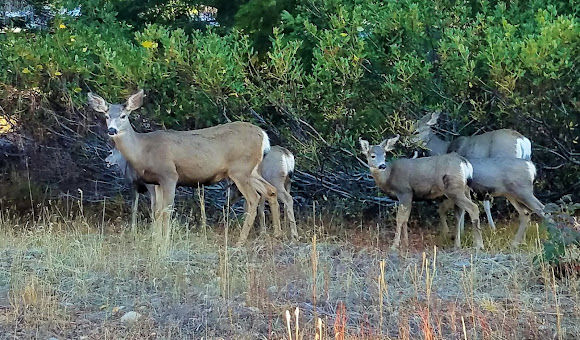 The small herd was basically two does with two fawns each. Deer eat a wide variety of plants, but their main food item is browse—the growing tips of trees and shrubs. In late winter and early spring, deer eat grass, clover, and other herbaceous plants. Their starting to take a toll on the evergreen shrubs that are in the background - making it harder for the fawns to reach the leaves, but they learn quickly and will expand their foraging area.

Spotted in central Washington in the Cascade foothills.