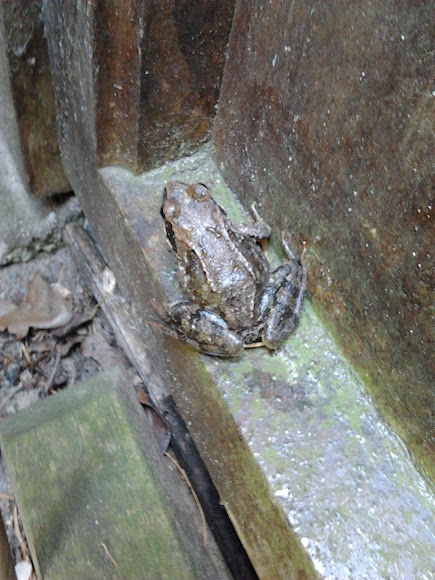 Colouration can variate between reddish brown to greenish brown. The markings are different from individual to individual. One distinct characterisation is the triangular shaped black spot on each side of the head that runs from the back of the eye, over the ear, to the front leg. Easy to distinguish from the common toad because the common frog has much smoother skin, longer back legs and a pointier snout.

Most common species of frog in Europe. Has a very large habitat.

Allegedly, my grandmother was the one to introduce this frog to the neighbourhood, after saving a few of them from being run over by cars. They have been visiting her garden ever since. This one was stuck behind the garage door and quickly hopped to the neighbour's garden after I snapped a shot of him.