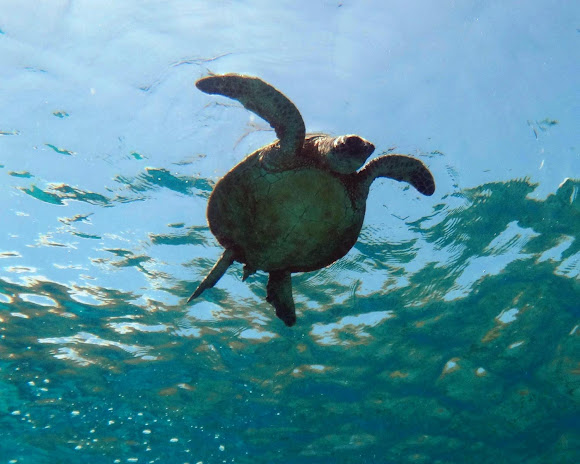 Green Sea Turtle spotted at the Hanauma Bay Nature Preserve on the island of Oahu, Hawaii. This spot is not the best snorkeling spot on Oahu, but it has the greatest biodiversity of any place on the island. We have seen over 100 different species of marine life at this park, over a period of approximately 4.5 years.

One of several Green Sea Turtles, or Honu, that I happened across on Easter Sunday, 2013. This one was just swimming around in the deeper area of the bay (25-30'), going up and down to take breaths and show off.

Yes. You occasionally get lucky here, usually when the tide is going out, and get some crystal clear water!